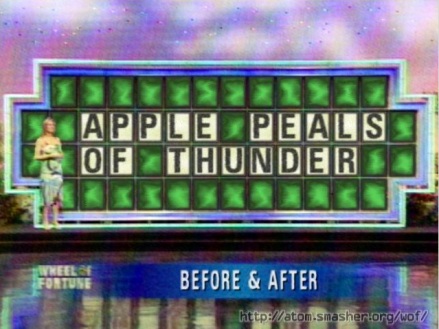 In ways loud and clear and also more subtle, Apple showed Wall Street – and skeptics – that it’s sick and tired of the forced-upon narrative of a company fading between holiday quarters at best, and flat out running out of ideas and the allegedly indispensable “new product categories” at worst.

– Wall Street was expecting iPhone sales of about 38 million units.

– Apple’s capital return program was capped at $100B, with its $60B buyback authorization to be fully exercised, at Apple’s option, by the end of 2015.

– Apple’s diluted share count stood at slightly under 900 million – with a then-current authorization to issue 1.8 billion shares, was a 2-for-1 split in the cards?

– Apple reports revenues of $45.65B and $11.62 diluted EPS, comfortably exceeding the higher consensus EPS as from mid-January this year. An undeniable beat based on EPS, and an overall solid top-line beat considering original and adjusted revenue expectations.

– Apple effectively increased its buyback authorization from $60B to $90B – without changing the end-of-2015 timeframe.

– And of course, Apple announced a 7-for-1 share split (which, of course, has no impact on holdings for current investors except number of shares afterward, but still) without any hint beforehand of the Apple board’s decision.

You could say Apple made a… thunderous statement following today’s regular session trading. (I’ll be here all week.)

There’s more – so much more – to it than that, of course. Many of the highlights have already been well-covered, such as by Macworld. Some points that caught my attention:

Guidance is back to being an “or better” proposition under the current methodology. More then ever, really. Oppenheimer issues new range guidance…seems to hew pretty closely to it…issues an 8-K for iPhone 5S season for a fairly modest rev beat…is silent for Q1 and Q2 2014…and suddenly announces results substantially over rev guidance and way over implied EPS guidance.

Call it a “parting gift” of sorts to Luca Maestri? Apple has gone back to being somewhat unpredictable when it comes to the classic “guidance vs. actual” guessing game. Analysts are kept on their toes and have to adjust their predictive models yet again just as Oppenheimer flies off into the sunset (after getting his pilot’s license, anyway).²

A measure of sport has returned to the AAPL estimates game (not that I was ever any good at it in the first place).

Hey, OpEx guidance is exactly the same for fiscal Q3 as it was for Q1!

Apple affirmatively set the tone for future cash updates. Many probably suspected Apple would provide a cash update annually – so Apple decided to “fix” the schedule officially, and put Wall Street on notice that if there were any changes (to buybacks, anyway – dividend increases seem to have been set to “automatic”), they would be reported in the following year. Something to look forward around each April.

Also, Apple is apparently entering new product categories…of debt instruments. No more “regular ol’ US-based Apple bonds”. Now Apple will look into the international debt market as well as commercial paper. I’m no economist, but I suppose the benefits of this diversification (aside from the cited additional capital flexibility) include the ability to “shop around the globe” for the most favorable debt terms/interest rates/demand conditions.

Apple reported “broad-based” strength in iPhone. And as to what seems like the greatest sequential drop in iPhone ASP, Luca Maestri explained that half of it had to do with the iPhone 4S emerging markets (such that lower ASP isn’t of much concern up to a point, as long as growth continues?). All three iPhone lines, even the media-maligned 5C, are reported as selling better than their year-ago counterparts.

Tim Cook used his “teachable moment” of relative iPhone strength to remind analysts about the varying sales cadences around the world – and how North America was something of an outlier that can be considerably outweighed by strength in other geographies. A refresher in International Sales 101.

Cook was thoroughly unconcerned by iPad’s 3% YOY decline in unit sales – it seemed both anticipated, and was reported as better-than-expected. The explanation almost didn’t matter, because the very solid Q2 2014 results represented a validation of the company’s strategy (via beating analyst expectations) and reinforced Cook’s credibility. Leaving Wall Street more likely to believe what Cook and his team have to say about the business and its prospects. Great timing, too, heading into the June quarter.

Apple has now turned in two consecutive quarters of genuine year-over-year net income growth – something it was utterly incapable of in fiscal 2013 as its poorly communicated (but largely premeditated) margin adjustment strategy played itself out.

Turns out the only mild disappointment from the entire day (aside from maybe iPad) was Q3 guidance. But it was easily outweighed by all of the other positive news, and was likely treated as a case of UPOD, given Q2 guidance vs. actual. Almost reminiscent of the good old days.

Changing of the CFO Guard, Explaining the Numbers

Luca Maestri seamlessly took over for Peter “The Sandbag” Oppenheimer (who never guided to a miss in all his years as Apple CFO). Maestri immediately set about carefully and clearly pointing out the finer details of Apple’s results, most importantly sellthrough – though shrewdly. It was needed to provide context for the sell-in YOY decline in iPad, but not for iPhone, which did relatively well – so like any good close-to-the-vest CFO(-elect), Maestri let the sell-in data speak for itself.

As Apple enters its seasonally slowest quarter, those rumbling, crashing noises may fade a bit in the ears of the competition. But they shouldn’t be complacent. They’ll need as much time as possible to prepare in the relative calm before the storm. That is, if WWDC doesn’t ionize the skies a few weeks early.

1 Photo credit the indicated website/puzzle generator – seems benign, but of course, visit at your own risk. Please don’t sue me, Wheel of Fortune, not like you guys even know I exist. (Big fan of the show!)

2 I wonder if Oppenheimer and Maestri shared a giddy CFO-nerd high-five over this.